Savikoda (Ceramic studio) was  started in 1995 by ceramicists Kadri Jäätma and Ülle Rajasalu, both graduates  of the Estonian State Art Institute (presently the Estonian Academy of Art),  and both belonging also to the Estonian Artists’ Association, the Society of  Ceramicists, and to the artists’ association “ON Grupp”. 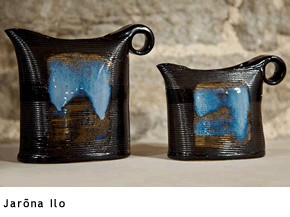 Ülle and Kadri are also the  creators of the design of the studio space and the principles of the  organization of the work there. In contrast to the other studios in Katariina  Guild, Savikoda divides the gallery space to be separate from the work space.  The visitor can view the gallery offerings while, at the same time, observe the  work ongoing at the studio side.

In the first years, the studio  exhibited Ülle and Kadri’s singular pieces. At present, the emphasis is on each  artist’s presenting a series of her own designs. At the same time, there are  also larger unique pieces that have been created for exhibitions.

Being located in the Old Town’s  medieval quarter has seemingly in itself effected the division of work in the  studio. As in an older age of handicraft guilds, here also there are master  crafters, journeymen (dayworkers), and apprentices. Kadri began as Ülle’s Art  Institute student. Though 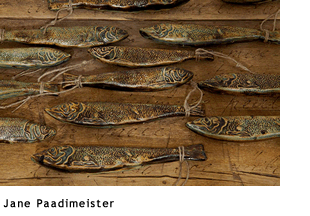 Jarõna Ilo started work at Savikoda under the guiding  hands of Ülle and Kadri while still a student, she is now a graduate of the  Estonian Art Academy. Later additions to the artisans of Savikoda were Virve  Kerm and Jane Paadimeister, who received their training from Ülle and Jarõna.  Jane has also now graduated in ceramics from the Estonian Art Academy.

Even though each of the master  crafters at Savikoja clearly has her own distinctive style, all share in the  simplicity and minimalism native to northern Europe. They also participate in  the work of the Society of Ceramicists as well as in exhibitions.

The five ceramicists do not hide  their light under a bushel; to the contrary, they organize courses in their  field. Savikoda also accepts special orders, a collaboration between the artist  and the customer. 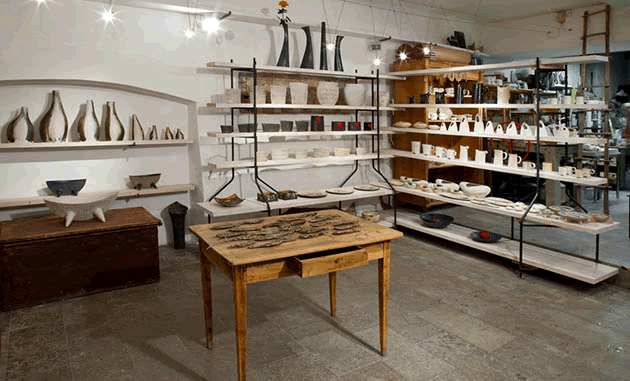